HA Bytes is reader supported - So if you purchase through links on our site, we may earn an affiliate commission. More

HomeHow-ToHow to Block Robocalls? All the Possible Ways to Stop Spam Calls...

How to Block Robocalls? All the Possible Ways to Stop Spam Calls (2022)

Have you ever received a Spam call from an unknown person calling from another country, telemarketing calls, etc? So here’s a complete guide on “how to block robocalls”.

Robocalls are unwanted calls that we receive from unwanted persons, unwanted companies, disreputable telemarketing calls, calls from unknown international numbers, and many more. Scammers use internet connections to make calls to others from all over the world.

Robocalls fill our call log history and became a headache for us. There are many legislations passed to address these problems but we can take action on our own to stop receiving these unwanted calls.

Call blocking is a way to prevent receiving unwanted calls/scam calls. Call blocking can be possible by using technology or devices. Although smartphones, home phones, and landline phones, because these are attached to an internet connection,  have their own feature to stop unwanted and illegal calls.

Some companies offer call labeling features on mobile phones. This feature shows you two options for incoming calls “spam” or “scam likely”, you can choose one or answer the call.

Where the coronavirus pandemic raised many other issues worldwide, it has decreased the number of robocalls worldwide. According to a report, Americans experience a drop in robocalls during pandemics.

Further Reading: How to connect AirPods to ps4?

According to YouMail, Americans received 30% fewer robocalls during pandemics. This was because of the shutdown in those countries from where workers make unwanted robocalls like India, Pakistan, and the Philippines.

How to block robocalls on an Android Phone

We all have built-in features in our iPhones and Android devices to block specific phone numbers. And many devices have a “whitelisting tool” which allows calls from only those numbers in our contact list.

But whitelisting can prevent calls from outside numbers such as your doctor’s call, call from a hiring company, or call from a delivery boy. For that, you have to update your contact list gradually so that you don’t miss any important calls. So below are the methods by which you can easily block annoying calls.

1. How to Block robocalls through whitelist tool:

To enable the whitelist tool on an android phone ↓

⇒ Go to Phone Icon on the mobile home screen

⇒ Then tap on settings

⇒ Then tap on blocked numbers and enable block calls from unidentified callers by tapping the toggle switch on the right.

2. How to Block robocalls through third-party apps:

There are many apps available on the Google play store to block unwanted calls, but we list some of the best robocall blocker apps for android.

3. How to Block robocalls manually:

The process to block unwanted numbers on an android device is different among mobile phones. The common method to block an unknown number is listed below ↓

⇒ Select the number you want to block

You can also block all unknown calls automatically on some devices:

How to block robocalls on iPhone?

With the “silence unknown callers” feature, You will receive incoming calls from people saved on your contact list, recent calls, and also from Siri suggestions, so that you can get to know who is calling you based on numbers that are included in your emails and text messages on your iPhone.

How to turn on the “Silence Unknown Callers” feature:

To enable the “Silence Unknown Callers” feature on an iPhone device follow the below steps,

Go to setting ⇒ Phone ⇒ Tap silence unknown callers ⇒ Turn on the feature. Unknown Calls are now in the silenced feature and will appear in your recent calls list and be sent to your voicemail.

Note: Before you turn on Silence Unknown Callers, make sure you have important contacts saved or you could miss a phone call that you don’t want to miss. The call will still go to voicemail and appear in your recent calls list, but you won’t get a notification while the call is ringing. (By Apple).

Related: How to Enable Truecaller on Your iPhone

How to stop unknown calls through third-party apps:

In an iPhone, you can also block robocalls by using apps available on the app store.

Here are the best spam call blocker apps for iPhone and IOS:

After launching third-party apps, it will automatically detect the incoming call and compare the number with your third-party spam numbers list. If the number matches the list, and the app determines it as telemarketing then the app will block this number automatically.

If the incoming numbers are determined as spam, you can manually block the number. Manually blocked numbers can be accessed under the blocked contacts tab.

Whether you block a contact you still receive a notification in voicemail. Also, the sent and received messages for a block contact will not be delivered. Likewise, the email address that you have blocked will receive an email in the trash folder.

How to block robocalls on landline

Block robocalls on the home phone:

If you are using robocalls on your home phone, it is possible that your home phone has been using VoIP services. VoIP means voice-over-internet protocols. It means you are making phone calls over the internet instead of phone lines. \In case you don’t know much about this, you should talk to your carrier.

In another case where you have purchased phone services through a cable operator company, or use a phone/internet/cable bundle, then you may have been using VoIP service.

There are many Internet-based call-blocking services available in the market. You should also consult with your carrier or check online reviews over the internet.

Internet-based call-blocking services routed all calls from their software and allow you to choose how unwanted calls may be treated. Whether they will be fired to a spam folder, ring silently, stopped, or will go to a voicemail.

You should also talk to your carrier in order to know if they are providing robocall blocking services. Some carrier companies are providing free services while others charge a small fee.

These devices use a blacklist database and prevent calls from the numbers added to that blacklist. On some devices, you can also create your own blacklist to add unwanted numbers.

Some devices use a whitelist feature that allows calls from only those numbers added to that whitelist. These devices also allow you to set “do not disturb mode” during specific hours.

All calls received during this time will move to voicemail. Some devices have added the feature of pre-recorded messages which prompt callers to press a number to continue with the call.

Tips to Remember for Unwanted Calls:

If you receive a call and hear a pre-recorded call message then it is a robocall. The main purpose of robocalls is to sell you something and this is illegal unless you give your number and written permission to that company for making you robocalls. But if you don’t give any such permission then it is possible that the incoming robocall is a scam.

After all precautions, you can still get a robocall, just hang up and if they ask you to press a number, don’t press any number. Simply report that number to the FTC. remember that some robocalls are legal like informational messages, calls from charities, political calls, etc.

Can you block Robocalls on Verizon?

Yes, you can, Verizon has a dedicated app called “Verizon Call Filter” to protect its users from unwanted phone calls. The app is available for both iOS and Android users.

How do I stop unsolicited robocalls on Xfinity Voice?

If you are an Xfinity Voice customer, you have various call blocking options available. These options will stop unsolicited robocalls and also unwanted charges on your bill. One of the examples is you can block annoying calls by Nomorobo, a service available with Xfinity Voice.

Google Voice allows you to completely block specific contacts if they become too disturbing. Follow these steps to block robocalls:

How do I block nuisance calls on CenturyLink?

You can block unwanted calls on CenturyLink by following the steps,

1. lift the receiver
2. Press *60 and follow the recorded instructions to enter the phone numbers of unwanted callers.
3. When an unwanted caller tries to call you, a standard CenturyLink recorded message says that you are not accepting calls.

How to stop annoying Phone calls on Spectrum?

If you’re a spectrum coustomer, you will easily block robocalls by accessing the Spectrum  Call Guard feature via your Spectrum account, here’s How To,

1. Sign in to your Spectrum account.
2. Go to the Services tab and then the Voice sub-tab.
3. Select the Manage Call Guard option.
4. Here you can enable or disable the feature, view calls blocked by the Call Guard, and also manage your Allow List.

What happens if you answer “yes” to a robocall?

By responding “yes,” people notify Robo-callers that their number is an active telephone number that can be sold to other telemarketers for a higher price. This then leads to more unwanted calls. (By ag.state) 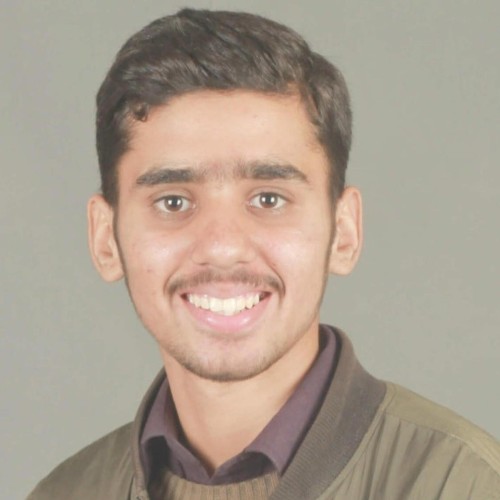 Arbab Mazharhttps://thehabytes.com/
Arbab Mazhar is Editor and Technical side expert in HA Bytes. He has expertise in writing about gadgets, reviews, laptops, and solving problems through How-Tos guides.
Previous article
How to Use Snapchat Filters on Zoom (Easy Steps to Follow)
Next article
How to Use an Old Router: 15 Creative Ideas to try in 2022

The platform where you can get the latest tech news highlights, fully unbiased reviews, buying guides, how-tos guides, gadgets, and more.